For the Future, With Love

For the Future, With Love is modeled on the U.S. Department of Energy (DOE) 1992 report “Marking the Waste Isolation Pilot Plant for 10,000 Years," which attempts to answer: how do we communicate with and warn future civilizations about the hazardous contents held inside our nuclear waste storage sites?

It is excruciatingly painful to contemplate the abysses of human achievement, when we know we were born to something far more sanctified. Divine Mother, we have built pyramids, created masterpieces in art, invented vaccines, performed surgery on the human heart, and engineered space ships to take us to the moon and back. But the nuclear achievement is beyond the beyond…splitting the atom and harnessing that energy for Armageddon, creating a radioactive waste byproduct that will last ten to twenty thousand years? Oppenheimer is Shiva indeed. All of planetary life lives in the nuclear prison-like shadow until time’s end. Illuminate the shadow however we might, we will never escape its darkness, unless a miracle, akin to the miracle of life itself, arrives to free us.

The double-sided flag of For the Future, With Love, weaves symbolism of radiation, warning colors, the United States of America national flag, and the silhouetted landscape of White Sands Missile Range. The latter coincidentally echoes Michael Brill’s "Spike Field" design from the WIPP DOE report. 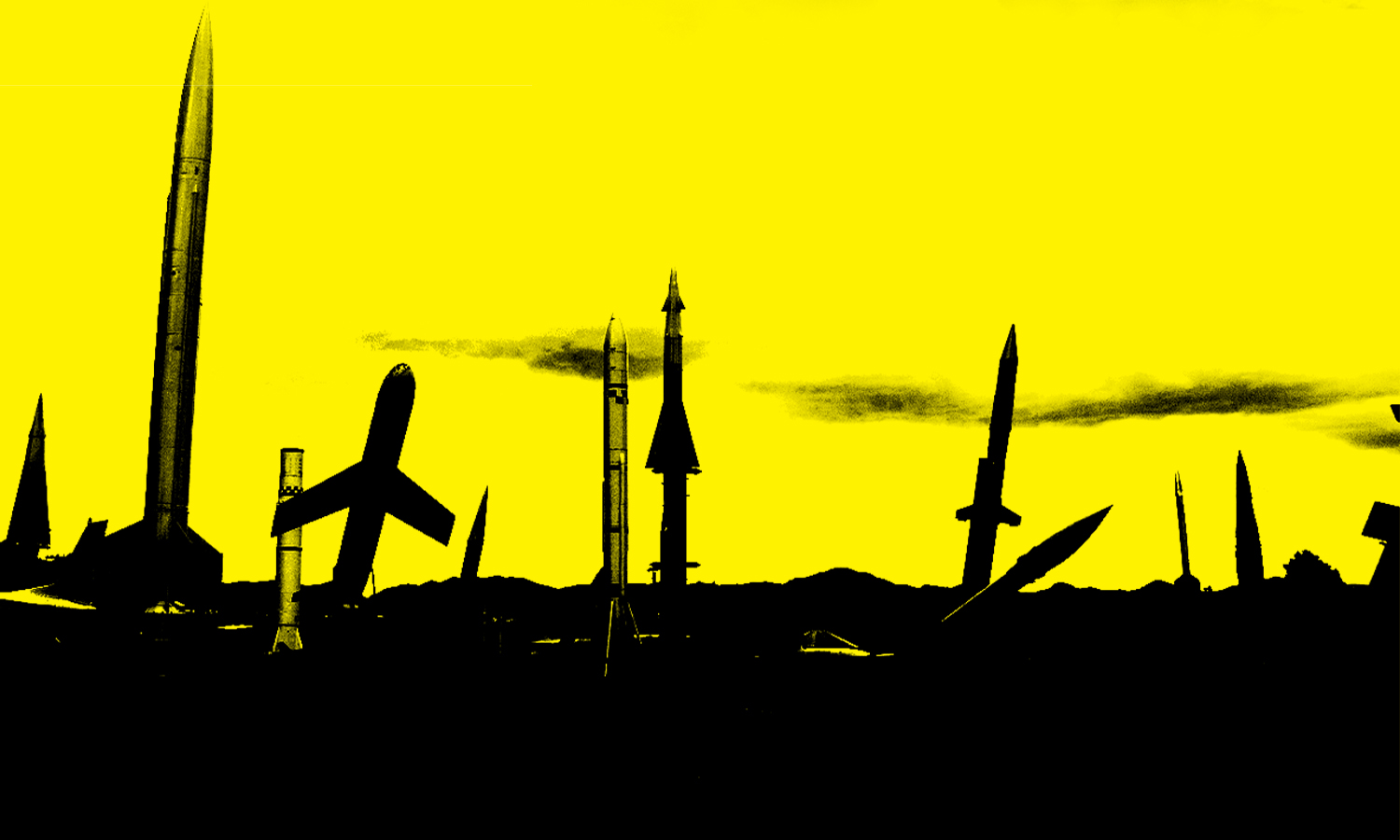 Claudia X. Valdes, For the Future, With Love (back), 2015, courtesy the artist