Located fifteen miles east of the city of Pueblo, the Pueblo Chemical Depot was constructed as the Pueblo Ordnance Depot in 1942 and originally used for the storage and supply of ammunition. The facility’s footprint, workforce, and mission expanded throughout the 1940s and 1950s. Renamed the Pueblo Army Depot in 1962, the base boasted a peak workforce of 8000 people, largely invested in the maintenance of missiles, artillery, and optical equipment as well as the renovation and dismantling of ammunition. In 1952, the site began receiving chemical weapons manufactured at the Rocky Mountain Arsenal, becoming one of eight such secure storage facilities in the United States. When most missile maintenance operations were moved in the 1970s, Pueblo’s warehouses were also used to store Army-owned cultural artifacts ranging from historical objects to Nazi propaganda to art by American soldiers stationed in Vietnam.

In the 1980s, Pueblo was selected for the disassembly of nuclear missiles mandated under the strategic arms reduction treaties between the United States and the Soviet Union. The end of the Cold War and the Base Realignment and Closure process saw Pueblo downsized and tasked with the storage and disposal of the United States chemical weapons stockpile per the terms of the 1997 ​​Chemical Weapons Convention. Its present name, Pueblo Chemical Depot, reflects this final mission: the demilitarization and disposal of 780,000 mustard agent-filled munitions.

Pursuant to federal law, a Colorado Chemical Demilitarization Citizens’ Advisory Commission was appointed by the Governor of Colorado to provide a forum for the public to air concerns over environmental and public health risks and offer input into technical decisions about weapons destruction. With the support of the CAC, a neutralization plus bio-treatment process was selected by the Department of Defense. As of July 2021, 75% of the chemical weapons at Pueblo have been eliminated in a facility designed, constructed, and operated by the Bechtel Pueblo Team, a joint effort of Bechtel, URS, Battelle Memorial Institute, and Parsons Infrastructure and Technology. More than 1500 workers at the plant destroy an average of 20,000 weapons per month. When all chemical weapons have been dismantled and neutralized, the plant will close. 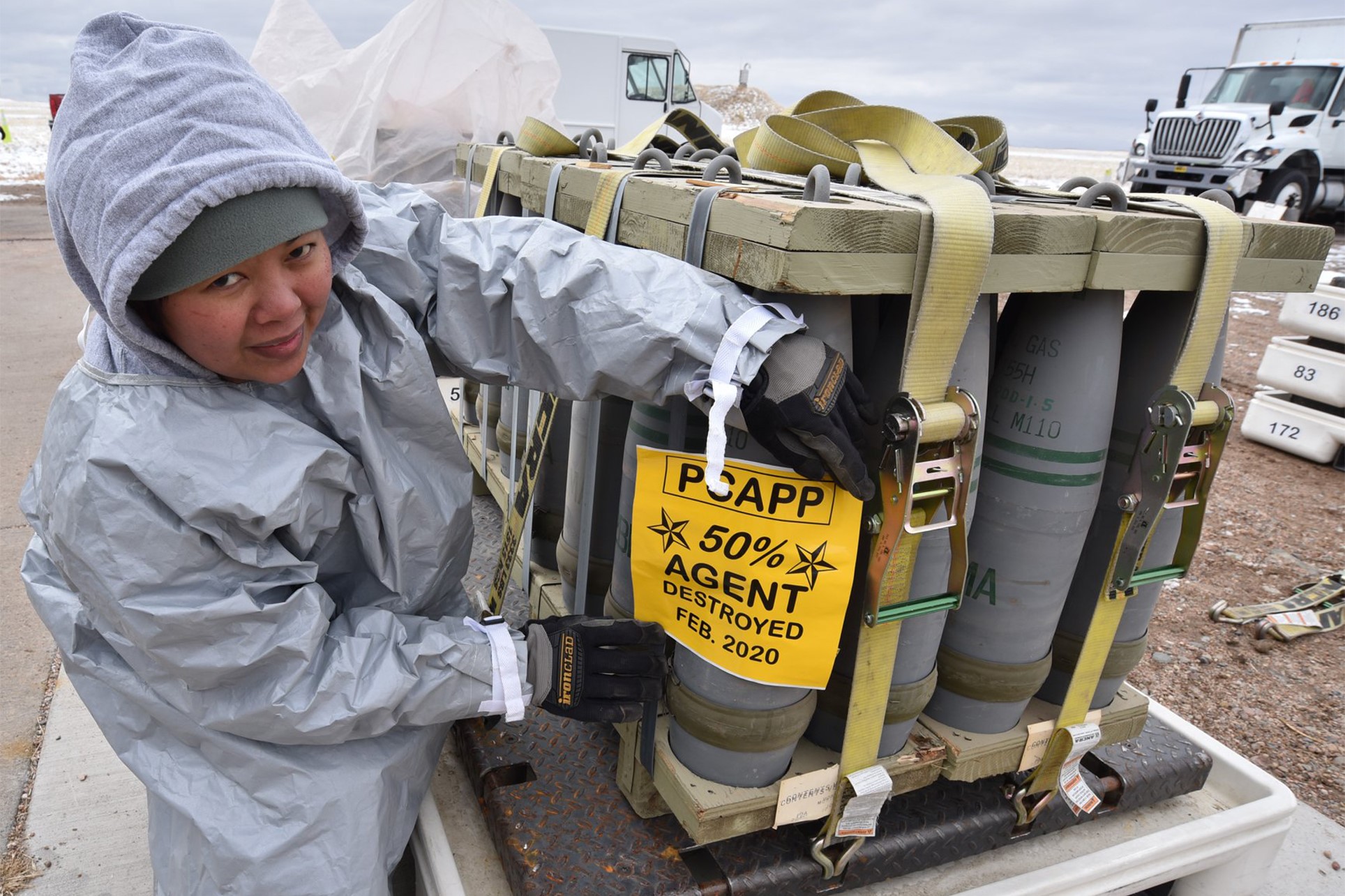 The future of the Depot lies in the hands of the Pueblo Depot Activity Development Authority, an agency established by the Colorado General Assembly in 1994 to promote the reuse of nearly 16,000 acres of the former base. Rebranded as PuebloPlex, the group’s redevelopment plan was approved by the Department of Housing and Urban Development in 2016 and focuses on renewable energy, warehousing, logistics, industrial operations, and shelter for the growing number of people experiencing homelessness in Pueblo County. However, reuse of the base for residential purposes is constrained by environmental contamination dating back to the earliest military operations in the 1940s. This includes PCBs, asbestos, unexploded ordnance, chemical washouts, and groundwater contamination. The U.S. Army Corps of Engineers supervises the ongoing remediation of non-chemical weapons hazards, including a groundwater plume of low-level explosives that reached the municipal water supply of nearby Avondale.

Loading...
Continue on "FUDS and FUSRAP Sites in Colorado"