On June 6, 1989, Federal Bureau of Investigation (FBI) agents and Environmental Protection Agency (EPA) officials raided the Rocky Flats Plant after an investigation revealed the plant violated environmental laws under the supervision of the Department of Energy (DOE). This raid marked one of the rare instances in which a government agency investigated another for suspected criminal violations. For years, the DOE and the Rocky Flats plant’s operating contractor, Rockwell International, had prioritized the production of nuclear weapons over health and safety. Evidence of the systematic mishandling of nuclear waste led to the eventual FBI investigation and subsequent grand jury. Although these investigations revealed the guilt of Rockwell International and particular members of the DOE, no individuals were indicted for the environmental crimes as Rockwell agreed to a plea bargain.

In the years leading up to the raid, the DOE and EPA debated which organization held jurisdiction over managing the plant’s hazardous waste. Citing national security, the DOE and its predecessor, the Atomic Energy Commission, had argued that Rocky Flats was exempt from environmental laws. The need to fulfill plutonium production kept outdated and contaminated buildings active, and managers deemed proper disposal of waste not a primary concern. The 1976 Resource Conservation and Recovery Act (RCRA) authorized the EPA to set guidelines for how hazardous waste material was to be handled from U.S. Environmental Protection Agency, “Summary of the Resource Conservation and Recovery Act,” accessed July 29, 2020, https://www.epa.gov/laws-regulations/summary-resource-conservation-and-recovery-act."cradle to grave." Additionally, the 1980 Superfund law gave the EPA permission to create a “National Priorities List of most contaminated sites,” a list that the EPA threatened to include Rocky Flats on in 1984, and finally did so in 1989. With this pressure from the EPA, the DOE eventually agreed to sign a federal facility compliance agreement with the EPA and state of Colorado, but a July 1986 internal memo revealed that the DOE viewed this agreement as a convenient public distraction from Len Ackland, Making a Real Killing: Rocky Flats and the Nuclear West (Albuquerque, NM: University of New Mexico Press, 2002), 202."how really bad the site is." The release of this memo in a 1987 congressional hearing helped trigger the FBI investigation into Rocky Flats. 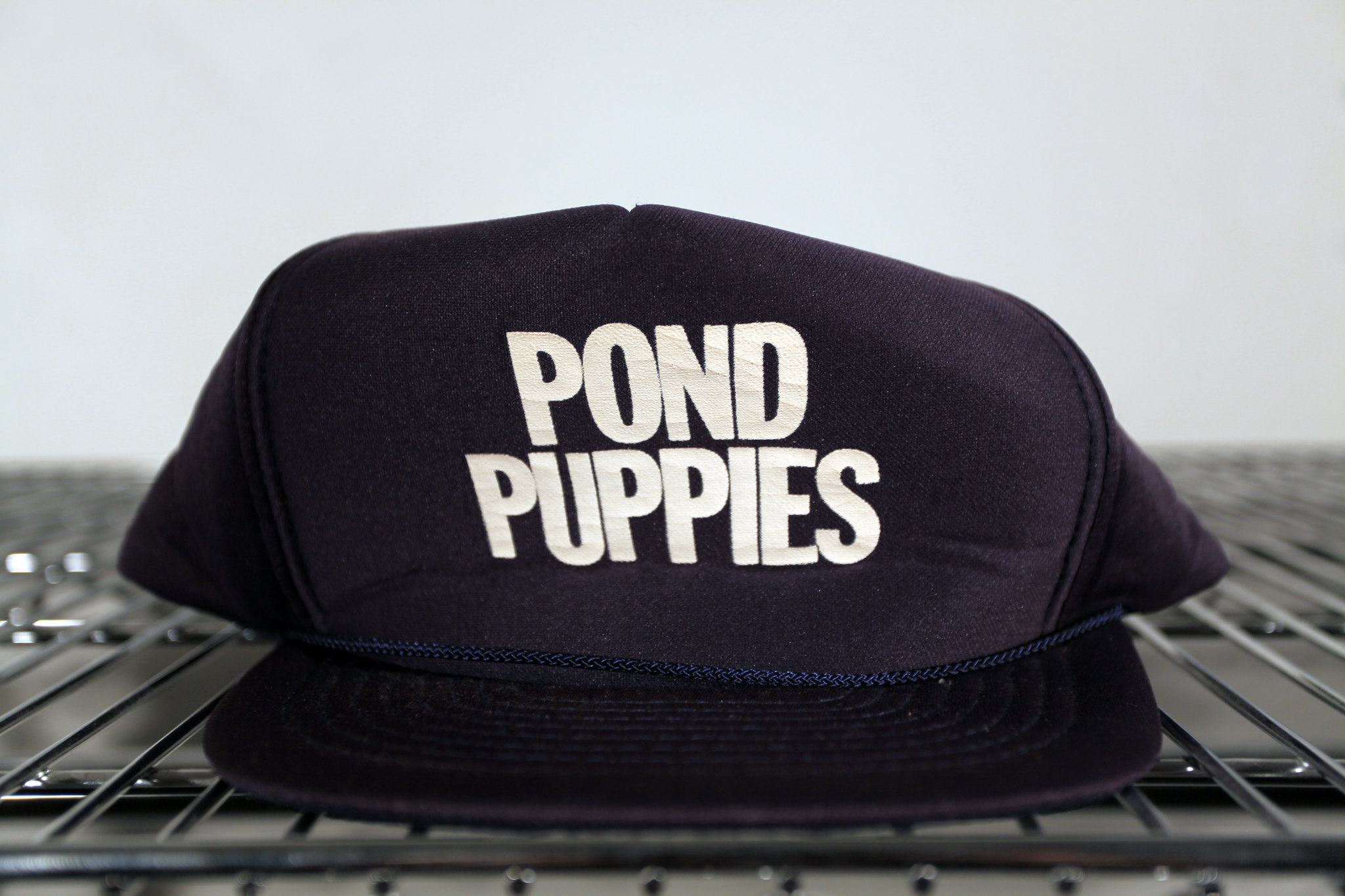 Sarah Kanouse, Photograph of a Pond Puppies hat made by Rocky Flats workers and investigators to mark their exposure to plutonium waste in the form of "pondcrete." The hat parodied the popular 1980s collectible toy, Pound Puppies., ca. 1989 (photographed in 2012), Flickr

After the release of the memo, agent Jon Lipsky of the FBI’s Environmental Crimes Division and William Smith of the EPA’s National Environmental Investigation Unit conducted a joint investigation of Rocky Flats, ultimately revealing widespread illegal disposal practices. Simultaneously, regulators within the DOE took a tougher stance on plant contractor Rockwell International, widely criticizing its management for safety failures and abominable waste disposal practices. For example, it was revealed that Rocky Flats created “pondcrete” by mixing cement with semi-solid hazardous and radioactive waste out of solar ponds. Poured into approximately 15 cubic feet-sized plastic-lined cardboard boxes, the radioactive cement was supposed to harden for shipping to a nuclear test site for disposal. Frequently the cement wouldn’t harden and leaked out of its boxes, contaminating the surrounding area. Rockwell also improperly sprayed waste water in order to dispose of it in the ground, causing runoff to reach nearby streams. In addition to these poor practices, FBI-conducted night flyovers of the site in December 1988 established that Rockwell was using a banned incinerator to dispose of waste. Lastly, the eyewitness testimony of Jim Stone, a former employee at Rocky Flats, provided additional documents about Rockwell’s practices to the FBI in 1986.

Lipsky and Smith supplemented this evidence with a 116-page affidavit claiming that the DOE and Rockwell knowingly hid the poor state of the plant and the dangerous effects of their practices from the public. With the investigation complete, the FBI and EPA notified their superiors and requested a search warrant. On the morning of June 6, 1989, the EPA and FBI raided Rocky Flats, an action known as “Operation Desert Glow. 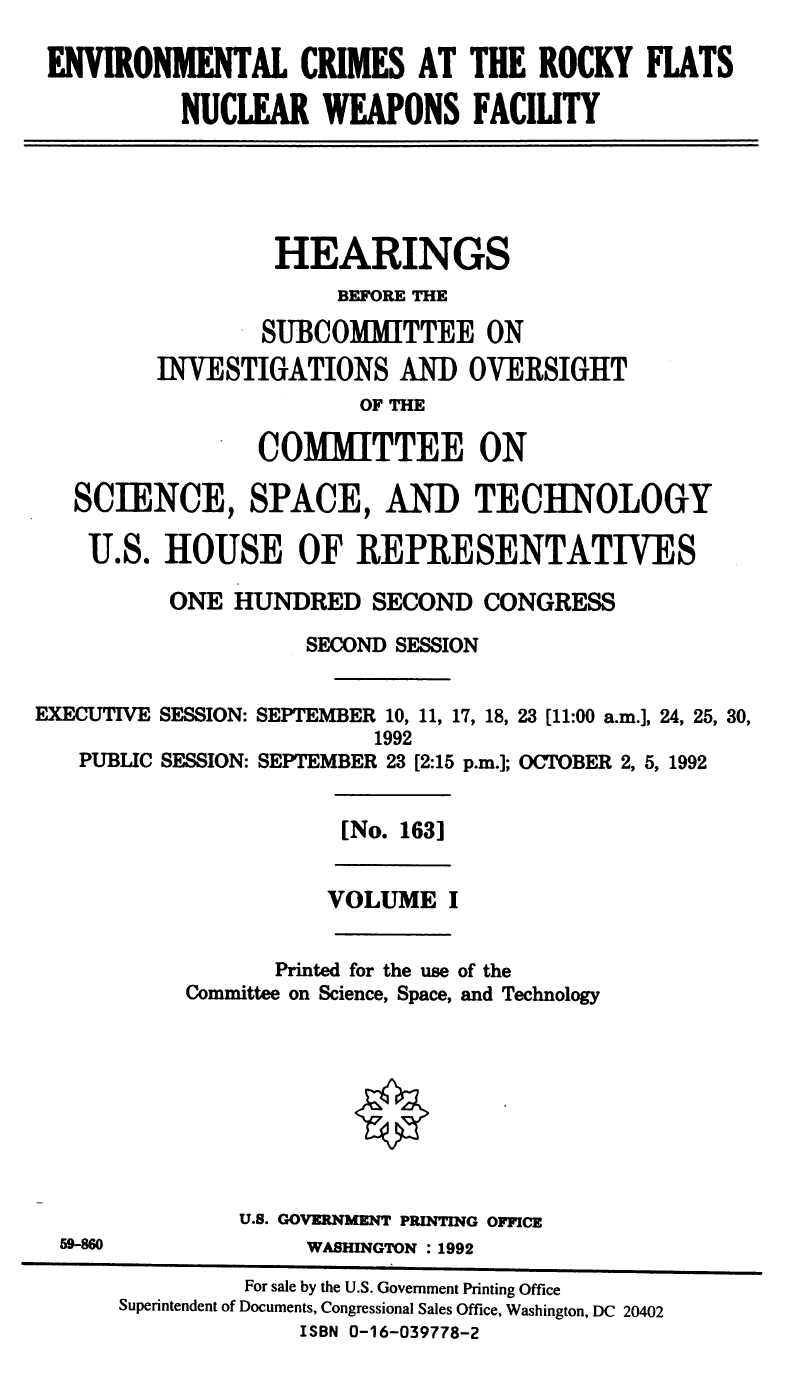 Over 75 investigators and 30 vehicles, including two EPA mobile environmental crime labs entered the facility. Over the course of eighteen days, more than 120 investigators searched 31 buildings at Rocky Flats, collecting thousands of documents and taking pictures and samples of possible areas of contamination. The FBI and EPA brought this evidence to a grand jury who would determine the guilt or innocence of Rockwell International, its employees, and employees of the DOE working with Rockwell. Meeting for one week every month over the course of two years, the grand jury listened to the testimonies of over 110 witnesses and reviewed 760 boxes of documents. On May 18, 1991, the grand jury voted to indict Rockwell, as well as five Rockwell and three DOE employees after finding that their actions at Rocky Flats resulted in over 400 environmental violations, actions that had been hidden from the public.

Instead of pursuing this indictment, U.S. Attorney Mike Norton arranged a plea deal between the U.S. Department of Justice and Rockwell International. By pleading guilty, Rockwell agreed it had committed 10 environmental crimes (five felonies and five misdemeanors) and would pay $18.5 million in fines. This was the largest environmental penalty ever imposed at the time, but it also amounted to less than 1% of the company’s yearly sales. The plea deal gave immunity to all individuals involved and protected Rockwell from being prosecuted in the future, while keeping all court records secret. The grand jury strongly disagreed with this decision and submitted a report to a judge to read and release to the public. Instead, the judge ruled that the grand jury’s report must be kept secret and the jurors were barred from saying anything about the case to the public. A few days later, selections of the report appeared in an article in Westword, an alternative Denver weekly newspaper, that discussed the grand jury’s views towards Rockwell and the plea deal the company made with the Justice Department. Due to the leak, the jurors faced investigation, but they were also applauded by the public for exposing the Justice Department’s actions. Despite the grand jury’s efforts, no one was held criminally responsible for contamination at Rocky Flats, and the plea deal was deemed satisfactory by the Justice Department.

During the years of the grand jury, Rocky Flats continued to operate, slowly transitioning its focus to cleanup. Initially, Rockwell continued plutonium production with the same poor practices until the end of September 1989, when EG&G became the new contractor of Rocky Flats. Shortly afterwards, the Secretary of Energy suspended production due to the discovery of an excessive amount of plutonium in the ventilation ducts. Rocky Flats would not resume plutonium production. In 1993 the plant fully transitioned its focus to environmental cleanup when it was renamed the “Rocky Flats Environmental Technology Site” and Kaiser-Hill Company replaced EG&G as site contractor. Kaiser-Hill Company—a conglomeration of two environmental engineering firms—was tasked with remediating the Rocky Flats site.

The FBI and EPA raid of Rocky Flats presents a rare example of when one government agency investigates another for suspect actions. While Rockwell International and the DOE practiced poor waste removal practices, their attempts to hide the truth behind their actions from other government agencies and the general public raised more cause for concern. Rocky Flats remains a highly controversial site eliciting ongoing public activism and debate. Its conversion to a wildlife refuge administered by the Department of Interior’s U.S. Fish and Wildlife Service raises important questions about public access, long-term ecological impacts of Rocky Flats, and other legacies of the Cold War.

Rothstein, Linda. “Yes, Haste Made Waste: The FBI’s Raid on Rocky Flats Uncovered a Toxic Disaster—and a Management That Didn’t Need to Care.” Bulletin of the Atomic Scientists 51, no. 3 (1995): 14-15.