Nuclear waste presents an insoluble problem for human administration: highly radioactive waste remains a formidable danger beyond human lifespans and timescales—across generations and without regard to the budget cycles and election terms of different administrations. Although regulations on waste—such as categories of waste, disposal licensing, storage conditions, etc.—have advanced, there is no clear technological fix for long-term nuclear waste storage, and efforts to create permanent disposal scenarios have been met with vehement protests and resolute skepticism.

Depending on the radioactivity of the waste, different forms of storage are required in order to mitigate the population’s and environment’s exposure to radiation. There are two main types of nuclear waste: low-level radioactive waste and high-level radioactive waste. Most low-level radioactive waste, like scrap metal and construction material, comes from reactor operations, medical, academic, and commercial uses, and is typically sent to land-based disposal immediately following its proper packing. Low-level waste makes up around 90% (by volume) of all the waste types produced by nuclear technologies. High-level radioactive waste, which is comprised of spent fuel that is removed from reactors after producing electricity, must be allowed to decay before long-term storage. This intermediary step is conducted within 40-foot-deep storage ponds made out of steel-reinforced concrete that is several feet wide, wherein the radioactive waste is allowed to decay underwater. When necessary, spent fuel is transported from underwater storage ponds to dry casks, usually made of stainless steel and concrete, no less than 5 years after their use. Depending on the type of radioactive waste, it is generally recommended to store waste for around 50 years before moving on to long-term disposal. 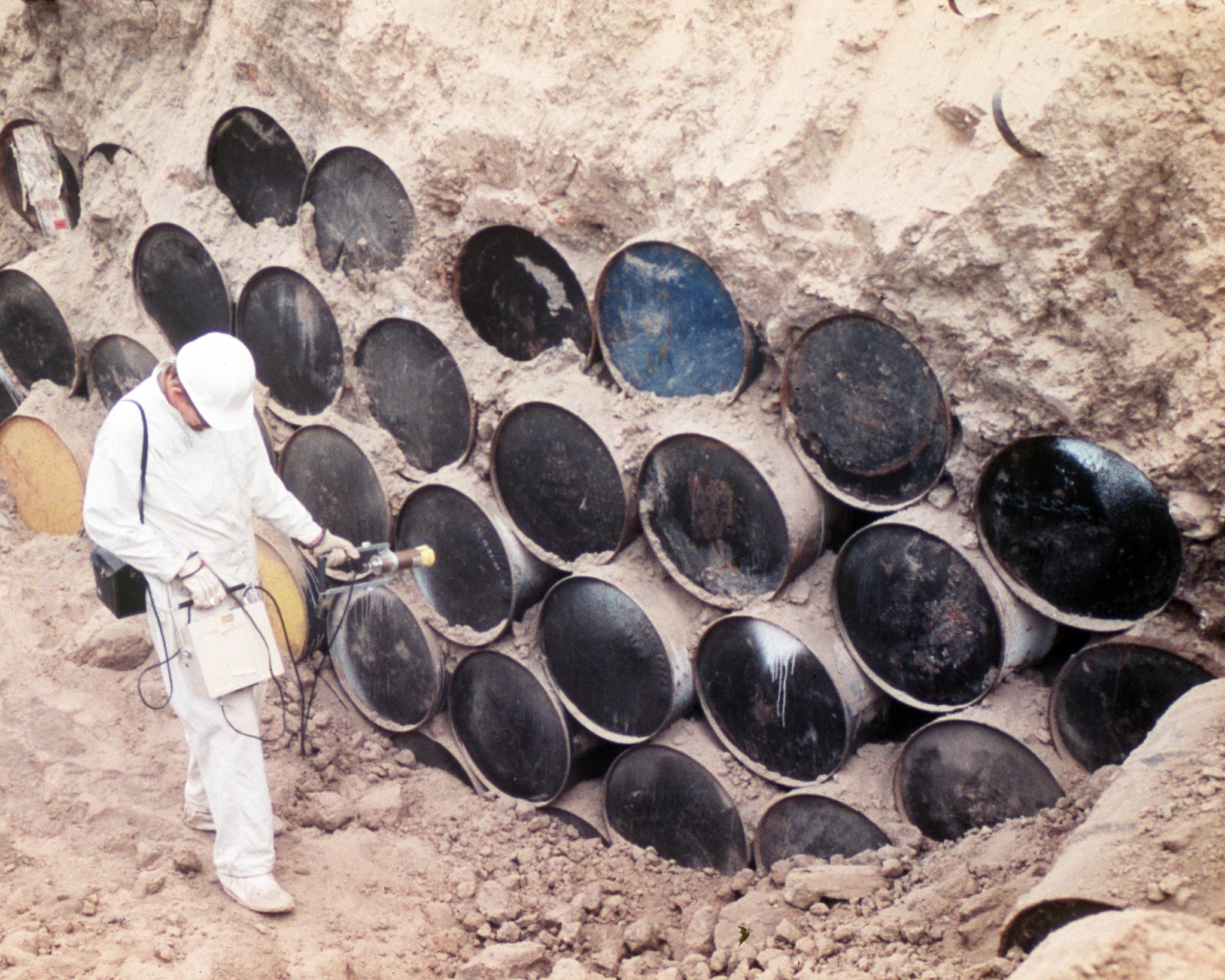 For low-level radioactive waste, near-surface disposal is deemed acceptable. Before burial, low-level waste is first either compacted or incinerated. From there, it is transported to disposal sites located near the ground level or in underground caverns. The waste is placed in containers approved by the United States Nuclear Regulatory Commission and backfilled, eventually capped with an impermeable membrane and topsoil, possibly with a drainage or vent system. There are 8 licensed and operating low-level radioactive waste disposal sites in the U.S., including one in Andrews, Texas and another in Clive, Utah. Long-term climate changes would potentially disrupt these types of disposal facilities and the stability of their containment systems.

The case is different for high-level waste, which accounts for a small percentage of radioactive waste by volume but Nathan Chandler, "How Does Nuclear Waste Disposal Work?" HowStuffWorks (Science), August 29, 2012, http://science.howstuffworks.com/nuclear-waste-disposal.htm.95% of radioactive waste, if measured by “emitted radioactivity.” Despite decades of research, no country has found a sustainable, reliable, and safe way to permanently dispose of high-level waste. Deep geological disposal, where waste is stored in deep underground excavations, is the generally accepted best solution for long-term disposal of high-level waste. World Nuclear Association, "Storage and Disposal of Radioactive Waste," March 2020 [last updated], http://www.world-nuclear.org/information-library/nuclear-fuel-cycle/nuclear-wastes/storage-and-disposal-of-radioactive-waste.aspxMined repositories and deep boreholes comprise the two main types of deep geological disposal. These facilities use a combination of engineered and natural barriers, such as rock, clay, and salt. Mined repositories are situated in onshore, away-from-groundwater sites that are supported by stable geological rock structures. Deep borehole disposal, either onshore or offshore, consists of drilling a borehole about 5,000 meters into basement rock and then sealing it with materials such as asphalt or concrete. Scientists are hesitant about the implementation of the latter because it renders nuclear waste irretrievable.

Yucca Mountain is an example of a deep mined repository, located on federal land adjacent to the Nevada Test Site at an extinct volcano 90 miles northwest of Las Vegas. The Nuclear Waste Policy Act amendments of 1987 designated Yucca Mountain the U.S.’s national repository for spent nuclear fuel and high-level radioactive waste from the nuclear power and military defense programs. The 107th United States Congress approved the project in 2002. However, federal funding for the site ceased in 2011 under the Obama Administration following years of backlash. Consequently, the 300-meter-deep disposal site was abandoned after billions of tax dollars had been spent to study and partially build it. The tunnel boring machine, which had cost $13 million and was used to excavate the main tunnel, sits abandoned at its exit point at the south entrance to the defunct facility. Amid many concerns surrounding the project, one of the most pressing issues raised by the Western Shoshone peoples and the Nevadan government was the site’s proximity to an earthquake zone threatened by the Ghost Dance and Sundance Faults. Moreover, lawmakers discussed the risk presented by transporting hazardous waste across the country’s transportation infrastructure. In 2013, a federal Appeals Court ordered the NRC to resume its review of the Department of Energy's (DOE) application for a license to construct and operate the repository. In 2016, the environmental impact assessment and the NRC’s experts established that the repository design would prove safe for one million years. On May 10, 2018, the House voted to advance the project by passing H.R. 3053, yet Congressional appropriation of funds for the project remains uncertain.

Due to the controversy surrounding the Yucca Mountain repository, the DOE focused on the Waste Isolation Pilot Plant (WIPP) in Carlsbad, New Mexico, a 655-meter-deep complex for the disposal of “transuranic” waste, or long-lived intermediate-level waste, mostly deriving from nuclear fuel assembly, nuclear weapons research and production, and during the reprocessing of spent nuclear fuel. For example, since 1999, an estimated 15,000 cubic meters of such wastes were trucked to WIPP from the Rocky Flats plant, located just west of Denver and where plutonium triggers had been manufactured during the Cold War. Los Alamos National Laboratory in New Mexico and the Idaho National Engineering and Environmental Laboratory near Idaho Falls, Idaho also sent transuranic waste shipments to WIPP. The pilot project’s location in an ancient salt bed formation had been intentionally chosen for its thick “impermeable” salt deposits that formed after the evaporation of the Permian Sea. Since its inception in 1999, the site was envisioned to hold 800,000 55-gallon soft-steel drums. However, due to several accidents in 2014, including the explosion and subsequent release of radioactive gas, the site was closed down until 2017. Following resumed operations, the site has received 12,380 shipments—of transuranic and mixed transuranic waste—over a 20-year time period. Necessary repairs, such as new ventilation systems amount to, according to some estimates, 500 million dollars. Opponents of the project have emphasized that waste shipments put millions of people at risk by using everyday highway infrastructure to redistribute waste to other sites, and give the false impression that places such as Rocky Flats are cleaned up, when in fact they remain highly contaminated. 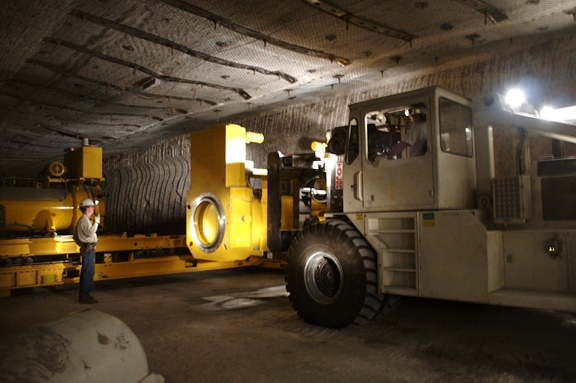 Some scientists point to not-yet-implemented yet potentially feasible alternatives to long-term nuclear storage. Disposal of nuclear waste in space has been proposed but usually deemed impractical due to cost. Another alternative is nuclear transmutation, where particle acceleration is used to artificially decrease the radioactive decay process. However, in sum, no widely agreed upon long-term nuclear storage option has been implemented.