In the second half of the twentieth century, Rocky Flats was one of a network of seventeen national nuclear weapons facilities operated under the direction of the Department of Energy. It was the only plant that manufactured the plutonium detonation systems, or triggers, for the nation’s nuclear arsenal throughout the Cold War.

In the summer of 1989, Rocky Flats was the subject of an FBI investigation. The resulting inquiry led to the suspension of plutonium operations and made public a history of gross environmental mismanagement, including the detection of sixty-two pounds of plutonium dust in the ductwork of the ventilation system (enough to build six nuclear weapons).

Before I had arrived in Boulder to pursue an MFA at the University of Colorado, a group of environmentalists known as Citizens Against Billboards on Highway 93 had organized a successful boycott against a group of billboards that were lined up in a row, just outside the front gates of the Rocky Flats plant. The ads, located along one of the most scenic parts of the drive along the Front Range of the Rocky Mountains, were considered an eyesore. Plutonium contamination is, of course, invisible. Unable to convince local businesses to advertise on the billboards, the owner was driven out of business and the billboard structures stood empty for several years.

Aside from a nondescript water tower, which often appeared in television news reports, the invisible radio-toxic waste at Rocky Flats had no image. 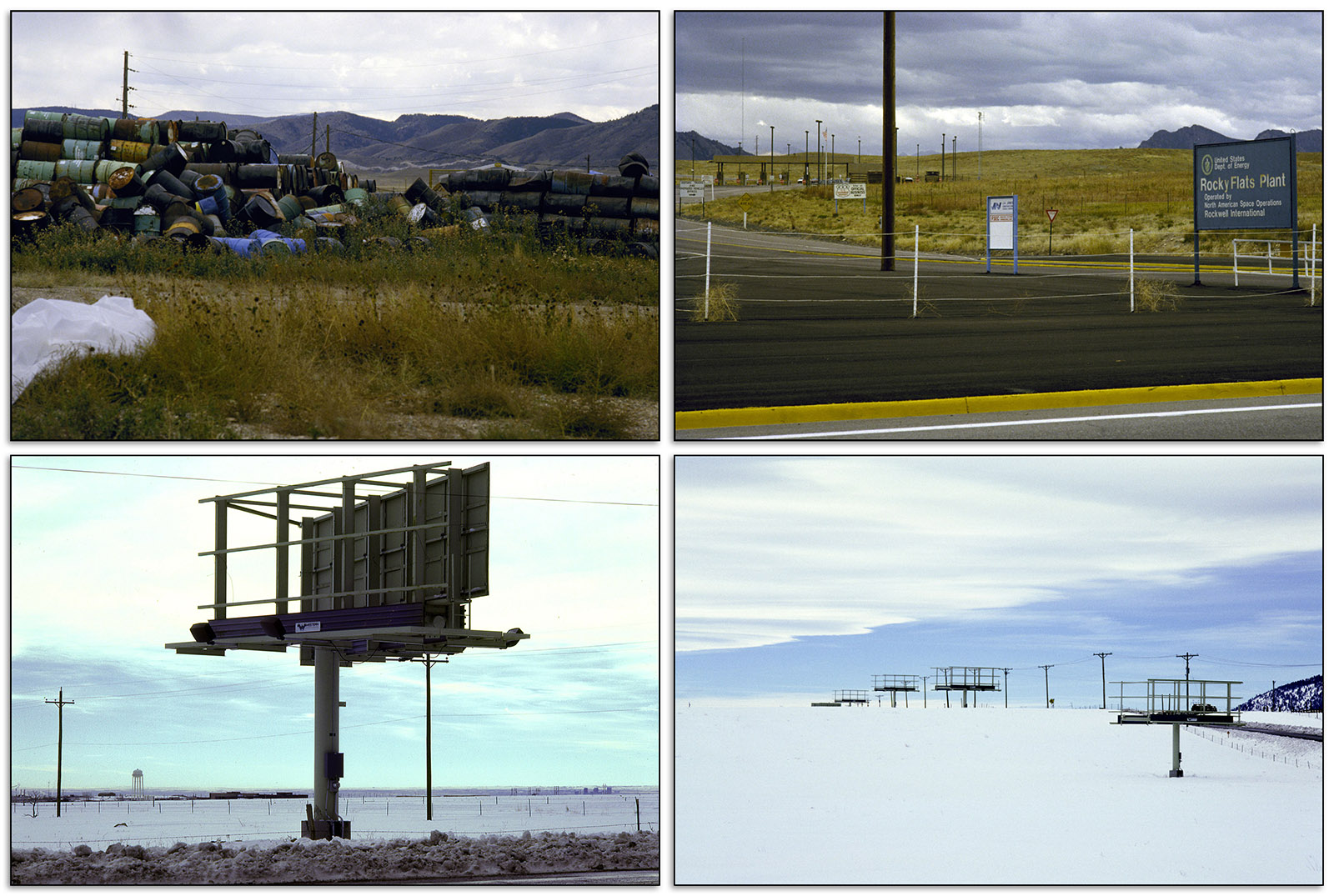 When Greenpeace learned of the project they agreed to fund the production cost, and I went to work in an old racquetball court at the University. Each of eleven 10′ x 40′ billboard faces were made of over 2,000 individual bitmap images printed on a simple office laser printer. Keep in mind that commercial billboards were hand painted at this time. The technology to print a billboard would not exist for another five years.

Over the course of about a mile, the billboards read “Today,” “We Made,” “A 250,000 Year,” “Commitment.” The half-life of plutonium is a quarter of a million years. 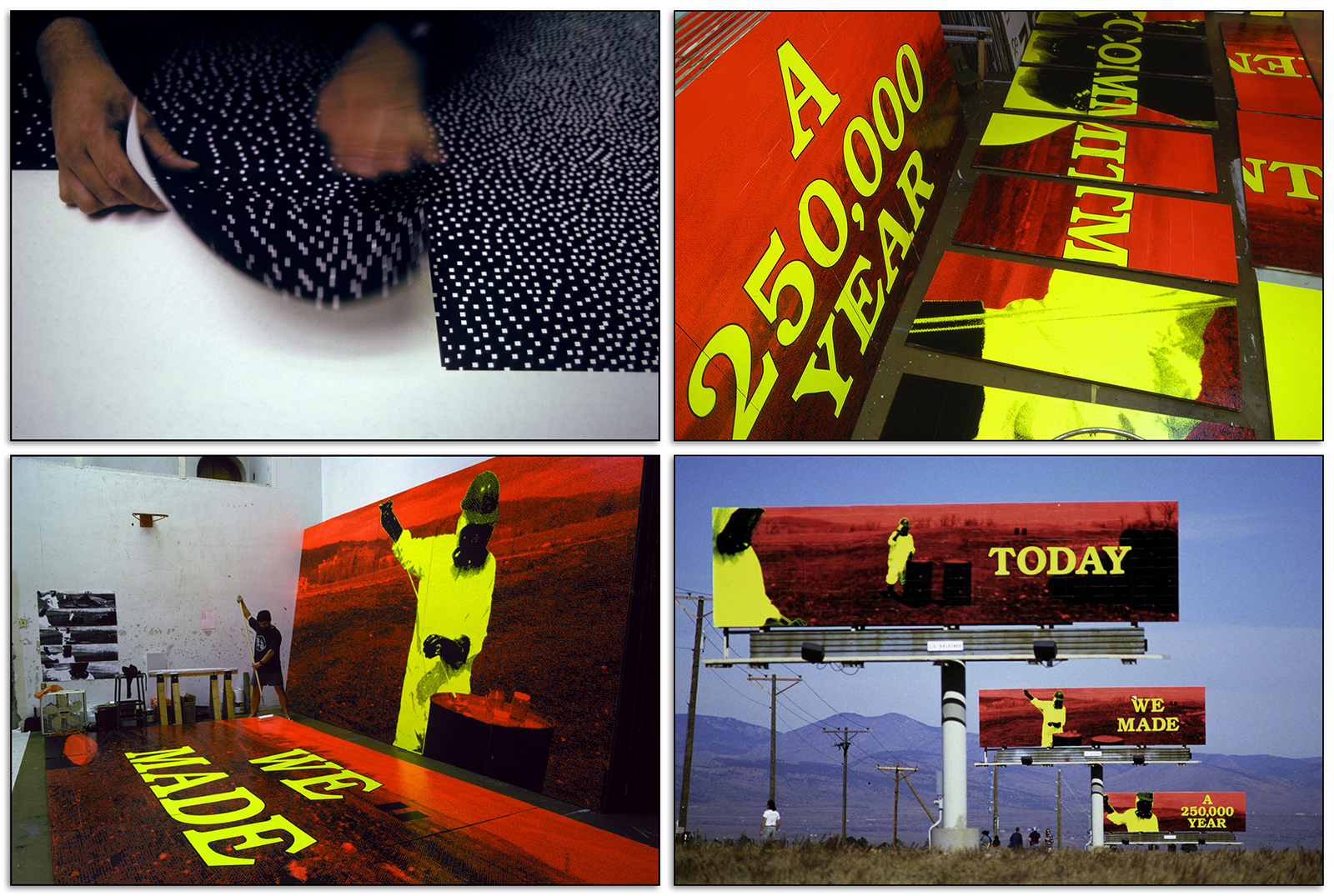 The fallout began when one of the original billboard protesters resurfaced and launched a campaign against our use of the billboards. It was news images like this that gave the project the spectacle appeal it needed to vault it into international media attention.

The final decision to shutdown plutonium operations for good and shift the efforts at Rocky Flats to cleanup was quietly taken during the media firestorm that followed.