Initial inspiration for this project came by visiting the radioactive "clean-up" sites at the The Idaho National Laboratory (INL) is located in the high desert between Arco and Blackfoot situated above the Snake River Aquifer. Humans have inhabited the area for 13,000 years. Prior to the INL the desert and aquifer were untarnished. But INL has been storing and processing contaminated waste from Rocky Flats plutonium trigger factory since 1954, including the waste from the 1969 fire. It will take a decade to finish processing the waste from Rocky Flats and a good deal of the waste will remain.Idaho National Laboratory and bearing witness to today’s best practices for the handling of radioactive material and exhumation of plutonium contaminated waste that was buried over sixty years ago in unlined pits directly above the Snake River Aquifer. The Aquifer provides drinking water for over 300,000 Idahoans. Learning that most of the waste buried in Idaho came from the Rocky Flats nuclear weapons plant led me to researching the history of that location. 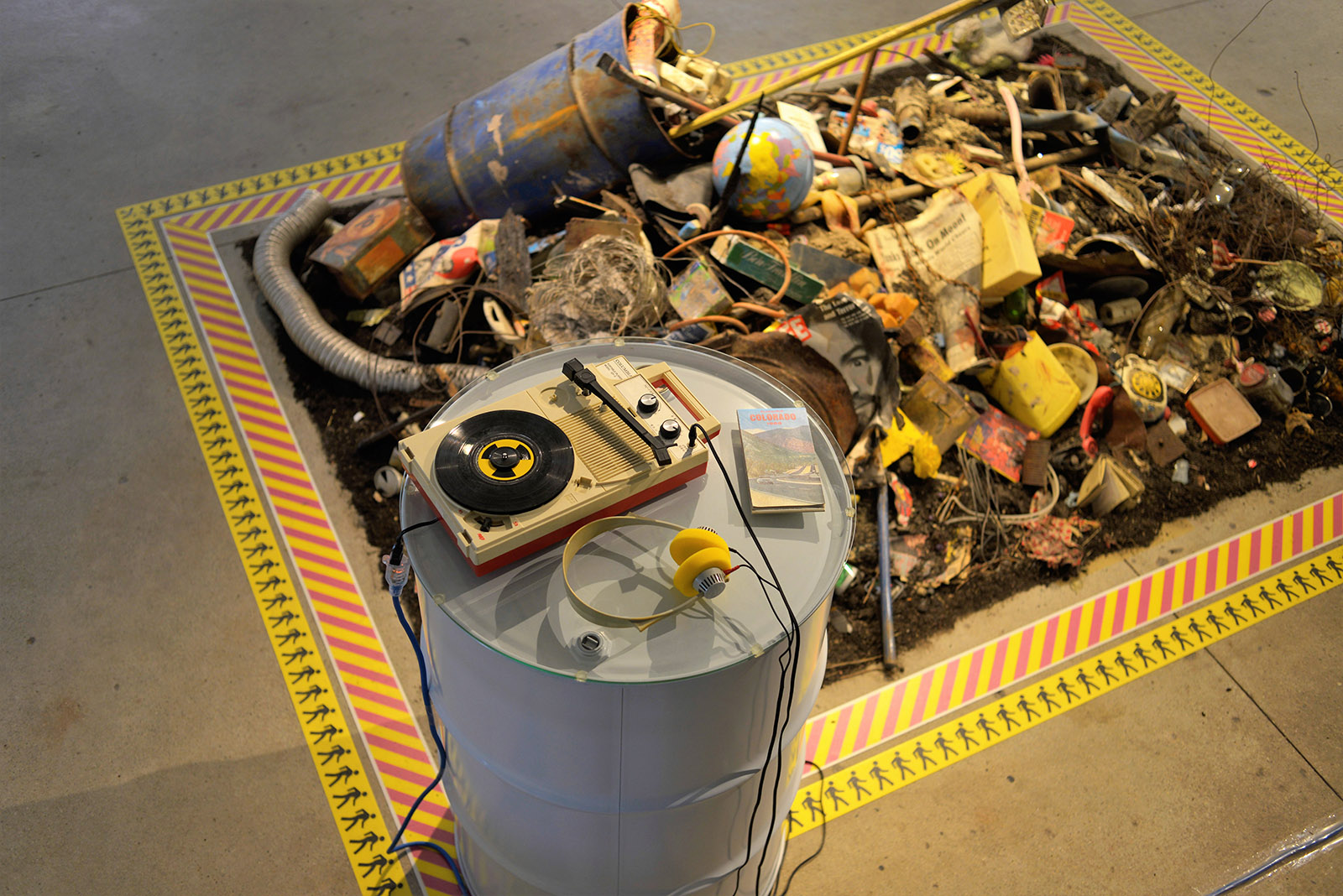 The installation is based on the contaminated debris that might have come from the 1969 Mother’s Day Fire at the Rocky Flats nuclear weapons plant in Colorado. While creating this piece I entered a time capsule. Nixon was President; the Vietnam war was in full swing; the Manson Family was in the news; Man landed on the Moon for the first time and the Cold War was the backdrop. It was the spring before the Summer of Love when a fire broke out in the top-secret nuclear weapons plant on a high windy plateau 16 miles northwest of Denver, coming dangerously close to causing an accident on the scale of Chernobyl. 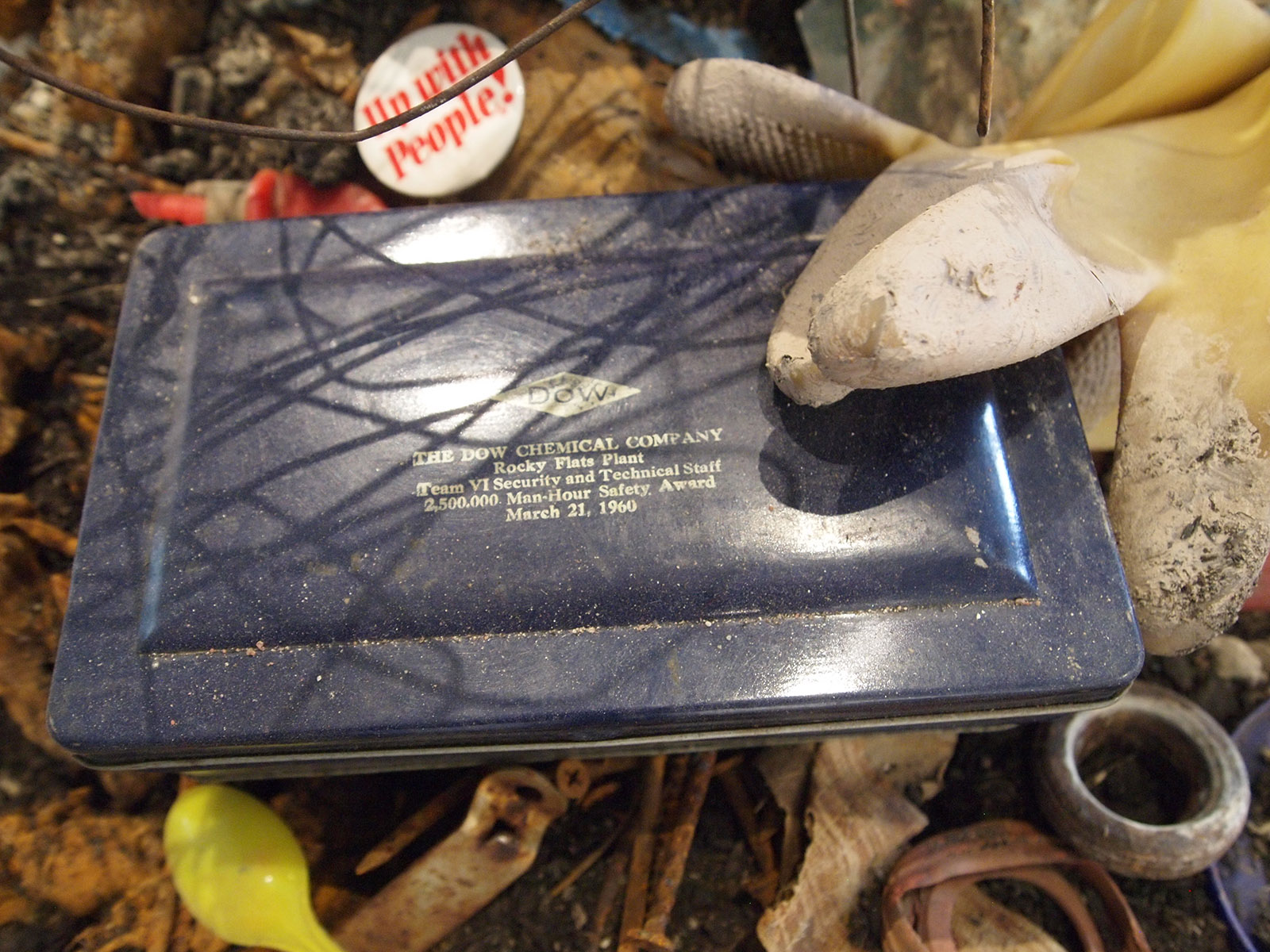 Formerly known as “Project Apple,” the Rocky Flats nuclear weapons plant became the primary facility for making plutonium triggers, the heart of every nuclear weapon in the United States arsenal. However, residents of the surrounding towns remained oblivious. First operated by Dow Chemical, many assumed the facility produced cleaning supplies. A total of 70,000 triggers at ($4 million a piece) would be produced there. Each one contains enough breathable particles of plutonium to kill every person on earth.

Production trumped safety at Rocky Flats. In 1989, based on tips by workers and airplane photos, the EPA and FBI raided the facility, and that same year plutonium trigger production was shut down.